On the 8th of March the official launch of the 6th Edition of the “Ethics & Trust in Finance Global Prize”(*) took place in Brussels under heavy rain.
Full program
Follow the full video of the launch

The launch was an opportunity to remind people about the purpose of the Prize which since 2006, on a biennial basis, invites young authors – under 35 –  to think and submit essay entries about the role ethics and trust play or should be playing in the finance broadly understood. The targeted audience come from very different horizons, professional backgrounds, cultures, geographic locations, with the one common denominator that they all belong to the world in finance. The essay competition provides an opportunity for expression of these different expertise, sensibilities and experiences.

The deadline for handling in the final paper is set to 31 of July 2017 at www.ethicsinfinance.org. 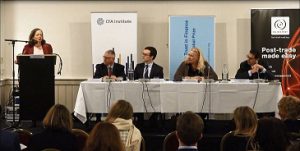 Mrs. Pervenche Berez, Member of European Parliament’s Committee on Economic and Monetary Affairs, special rapporteur on the financial crisis stressed in her keynote speech the importance of instilling in financial activities, especially among its young and skillful employees, a culture of critical thinking. This is the one of not so many ways to increase not only the solidity but also the purposefulness of financial activities.

The subsequent round table focused on four very important issues related to the role ethics and trust play and might play in the future development of financial activities. 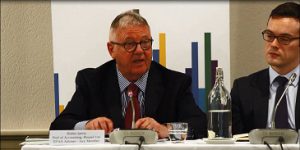 Prof. Robin Jarvis (Brunel Univ. London, Member of the Prize’s Jury) suggested that the strengthening of the professional bodies dedicated to finance could be a way of empowering the employees to raise ethical standards in our industry. He referred to a recent study in the accounting profession showing that 2/3 of respondents say having been exposed to pressure on questions related to ethics in their activity. 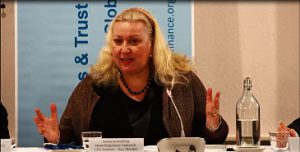 Mrs. Josina Kamerling (CFA Institute, Brussels, Member of the Prize’s Jury) addressed the role regulators should play in increasing ethical standards. By referring to a study on culture in banking, she pointed out that ethical compass is not the first concern of many employed in the industry. Thus, the message from the regulators is still not strong enough, and sufficient monitoring is still not in place. Training and professional institutions have also to progress on these issues. 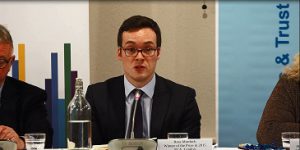 Mr. Ross Murdoch (Financial Conduct Authority, London, Prize Winner in 2015) referred to his paper by stressing the fact that the Prize has offered him a unique opportunity to reflect on his own observations and experiences on young people with ethical concerns being often formatted to the culture of their employing institution. In order to prevent this from happening, and also to help shaping the culture to the values and expectations of the incoming employees, he suggest a mentoring approach. He also stressed the point that institutions, for their own benefit, should encourage – and not deter – their collaborators to participate in the Prize. 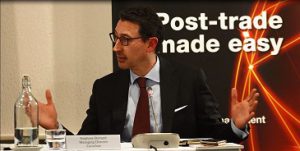 Finally – Mr. Stéphane Bernard (Managing Director of Euroclear Bank, Brussels), stressed the fact that the Prize offers a unique opportunity to financial institutions to revisit and adapt their culture to the concerns of young people. Working on the cutting edge of technology, Mr. Bernard argued that in in regard to new technology, ethics is not being made redundant but simply features in a different place. Ethical issues and questions have to become a critical component in the design of new procedures which will be – in the near future – implemented by robots or algorithms. The ethical concerns change location, but their importance does not diminish, on the contrary, for these enterprises who want to serve fully their customers and society, and also for those who want to keep being attractive for the talents of today and tomorrow.

(*) The Prize is an endeavor of the Observatoire de la Finance (www.obsfin.ch) – a Swiss non for profit foundation – with a firm supported of its strategic partners: CFA Institute and Euroclear.