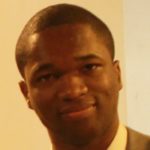 The second half of the year is usually a quiet period for me, a period in which the festive season gradually substitutes the work-related issues on my mind, but 2018 was different. Different in that towards the end of 2018, I was fortunate to have taken part in at least three ethics-related events: the Asia-Europe Young Leaders Summit (ASEFYLS3) in Brussels, Belgium in October, the Global Peter Drucker Forum in Vienna, Austria in November, and the drafting of a paper presented to Credit Suisse also in November.

The Asia-Europe Young Leaders Summit is organised by the Asia-Europe Foundation, an international NGO that organises the biennial Asia-Europe Meeting. I was very fortunate to have taken part in the Summit, having been chosen over 13,000 other young people who were considered. The theme of the Asia-Europe Young Leaders Summit in 2018 was “Ethical Leadership” and this has three dimensions: self-leadership, team leadership as well as societal leadership. One of the things I really appreciated about the Summit was being able to see how various sectors of society approach the issue of ethics outside of the financial sector I am more familiar with. I was involved in talks from priests, environmental activists and academics and listened to how they approached the issue of ethics and why ethics was so important.

The Summit enabled me to dialogue with very senior individuals. I was lucky to have met Mark Field, my former employer and the Member of Parliament for the Cities of London and Westminster as well as the Minister of State for Asia and the Pacific. During a talk, and in light of the fact it was the tenth anniversary of the global financial crisis, I asked him about whether he felt we were sleepwalking into another financial crisis, to use the words of Britain’s former Prime Minister Gordon Brown. He said we should try to be optimistic but highlighted the importance of sound macroeconomic policy.

But this focus on the long-term was not just a frequent message at the ASEFYLS3, but also the Global Peter Drucker Forum, a management conference held annually in Vienna, Austria that is orientated around the philosophy of the management professor Peter Drucker. Again, it was a great privilege to hear from many leading figures, such as Henry Mintzberg, a Canadian academic; Dorie Clark, a marketing strategist and contributor to the Harvard Business Review; Yves Doz, professor of strategic management at INSEAD as well as Jean-Dominique Senard who is the CEO of Michelin, among others. I would also like to especially highlight Paul Polman, the former CEO of Unilever. I was extremely inspired by his inclusive attitudes towards young people, his conviction in encouraging more women to have their voices heard and his belief about businesses pursuing the common good. Especially as a Catholic, his talks inspired me in a very special way, and his argument that business and social responsibility go hand-in-hand was an argument that was duly noted. During one of his talks, he attributed the success of Unilever precisely to the social good they engage in, and this was reflected in their performance in the stock market.

A paper on digital payments for Credit Suisse

All too often, we think that ethical behaviour and material success are everywhere and always diametrical opposites. I do not think so. Building on from my award-winning paper for the Ethics & Trust in Finance Prize, I wrote a paper for Credit Suisse highlighting how choice in paying between cash and card would enable a central bank to more effectively succeed in price stability, something that might not necessarily be the case in a cashless society. But at a slightly less theoretical level, many in the academic world are starting to understand the importance of ethical behaviour. We know in behavioural economics and thanks to the works of thinkers such as George Akerlof that people do respond to businesses that are seen as acting fairly. We also know that the value of securities can fall dramatically when businesses are deemed as acting unethically, as we saw recently with Johnson & Johnson over their alleged association with asbestos and baby powder.

It is not enough just to attend conferences or to speak. Actions speak louder than words. I, myself, am involved in a business venture called ChurchMapped. ChurchMapped is a social network and travel company that, fundamentally, is powered by people engaging in good behaviour. What inspired me from the latter half of 2018 is just how many people were interested in ethics, particularly young people. In my essay that was the winning entry for the 2017 Ethics & Trust in Finance Prize, I started my essay with a quote from the British novelist C.S. Lewis. In a similar way, I will end this article with a paraphrase of the words of C.S. Lewis: “if we find ourselves with a desire for a better world, the most probable explanation is that we are not to be satisfied with the current arrangement of affairs, but to work towards a better one”.